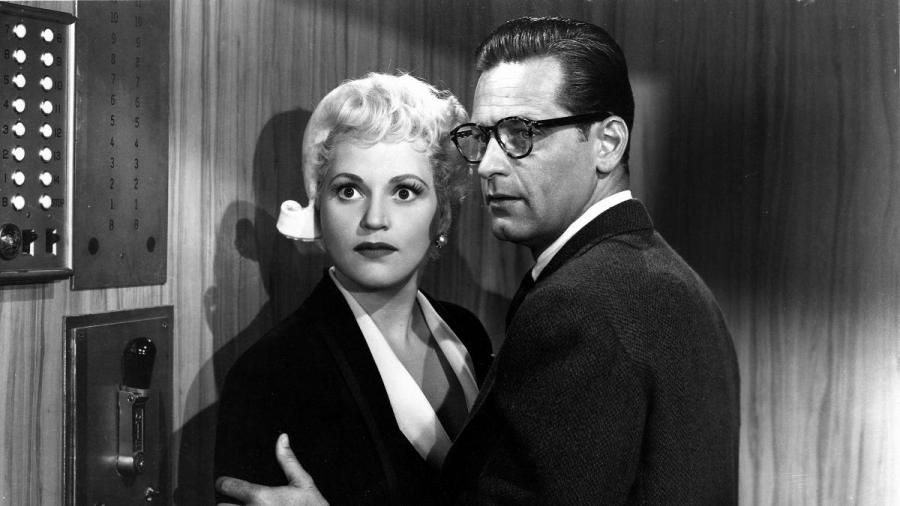 Every year, when I tell people I’m paying 600+ dollars for a four-day classic film festival, I’m met with wide eyes and general confusion. The reason I do it, besides the fact that it’s a good father-daughter bonding activity, is to remind myself why movies are important and less pretentiously, to experience that indescribable feeling when you discover something incredible for the first time.

That was my experience watching Born Yesterday for the first time. If you’re unfamiliar, Born Yesterday follows Billie Dawn (Judy Holliday), the seven-years engaged, uncouth girlfriend of Harry Brock (Broderick Crawford), a Trump-like tycoon. They move to Washington for Harry to follow some political ambitions. There’s only one problem: Billie. In a turn taken out of Pygmalion, Harry hires Billie a tutor, one Paul Verrall (William Holden) and as with all my reviews, chaos ensues and a lot of laughter.

Here are a few reasons Born Yesterday needs to be added to your watch list NOW:

Sometimes, I get myself in trouble by saying that the writing in old movies is better than the writing for movies today. And while I concede that there are a lot of great writers working in film today, one thing the old films had was time. They would take the time to really rehearse something and make sure it was right before even turning the cameras on.

Now, in the case of Born Yesterday, it was a broadway play before it was made into a film so the original script by Garson Kanin was well-tested, a lost art IMHO. The dialogue is sharp and witty and the timing is always on point.

Is there a better cast out there? It’d be hard to find one, especially with actors like Judy Holliday and William Holden. Judy Holliday was a great discovery for me and after watching her in this film, I feel confident in saying there was no else like her. She was so unique and hilarious and this movie IS her.

William Holden was never someone I thought much about. I associated him mostly with Billy Wilder’s Sunset Boulevard. In this film, he is well-spoken and nerdy and beautiful and a great contrast to Holliday’s character.

But, as with most old movies, it’s not just the leads that carry the film. Born Yesterday was blessed with wonderful characters including Broderick Crawford and Howard St. John.

Are you detecting a theme on this blog? Why, yes, I am a fan of the romance. I believe I’ve said that before. Before the wonderful Aaron Sorkin came in and made politics sexy again (i.e. The American President and The West Wing), movies like Mr. Smith Goes to Washington and Born Yesterday held that mantle.

Very much in turn with a 90s romcom, Paul Verrall tries to make Billie Dawn over again, teaching her about the world and how it works, the simple pleasure in a well constructed sentence and what’s really important.

This film’s message is just as timely today as it was in 1950. We all have the power to be whoever we want to be, no matter our station in life or what we’ve been told we can achieve. Billie Dawn thinks her lot in life is set and through her “study sessions” with Paul, learns that her wants, needs and desires are important. Empowered Billie Dawn in 1950 must have been quite a sight for audiences. A complicated, beautiful, funny, curious heroine…what a concept!

Judy won her only Oscar for her performance in this film and it’s more than well-deserved. She went on to be blacklisted and a few years after that, she died at the age of 43 from breast cancer.

It’s an awe-inspiring classic film that should be required viewing for everyone!

If you’re still looking for reasons to watch this movie, let me put it to you like this. We give our time to so many useless things. Spend two hours watching something that will (a) make you laugh (b) make you swoon and (c) make you think.

If you do not enjoy using your brain, you can skip it! 😉